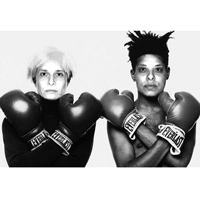 Born in 2005, TO / LET is a visual artist duo, which expresses itself through installations, public art projects, illustrations and videos. With site specific interventions made in paper with the paste up technique (paper and glue on the wall), or by proposing large paintings on the wall, TO / LET participates in various independent Festivals in Italy and in Europe with projects strongly related to the architectural space. Initially designing passable installations in wire mesh that reinterpret glimpses of intimate spaces reconstructed on a large scale, their artistic research is expressed in the creation of scenarios composed of reiterated objects, real “sculptures” made with a multiplicity of materials such as ceramic or the silk-screened fabric. They participate in group exhibitions, including “La nostra Italia” and “Officina Italia 2”, curated by Renato Barilli.

In 2013 they are invited by the Municipality of Bologna to design and build the “Vecchione”, a large installation dedicated to the stake for the New Year’s Eve in Piazza Maggiore in Bologna.

In 2008 TO / LET founded eLaSTiCo, a space that promotes contemporary art in all its forms, with particular attention to the contamination between languages ​​and the self-production of young artists. Since 2013 I am one of the curators and organizers of CHEAP, a festival focused on street poster art in Bologna. In “Then I left leaving her there to keep the dream” the tenderness of childhood and its frailties are represented by a child curled up in a fetal position who sleeps holding a red heart in his hand. On him hover boats and paper planes, dreamlike origami bearers of distant messages.

Those who accept everything are no longer alive than the sink orifice .... The only wrong choice is not to make a choice.