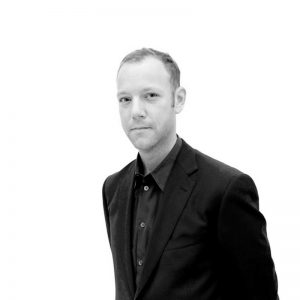 Ian Alteveer is associate curator of the Metropolitan Museum of Modern and Contemporary Art in New York, where he organized the works on the Roof Garden by the artists Pierre Huyghe (2015), Dan Graham with Günther Vogt (2014), and Imran Qureshi (2013) . Inside the MET he installed “The Refusal of Time” (2013-14) by William Kentridge and was part of the curatorial team of the exhibition “Regarding Warhol: Sixty Artists, Fifty Years (2012)”. He has worked on MET presentations of Ellsworth Kelly Plant Drawings (2012), Richard Serra Drawing (2011), John Baldessari: Pure Beauty (2010), Francis Bacon: A Retrospective (2009), and Jasper Johns: Gray (2008). He is currently co-organizing the retrospective of Kerry James Marshall which will open this fall to the new Met Breuer. Previously, he worked at the Gray Art Gallery of New York University, where he delved into the avant-garde art of the 70s and 80s which then resulted in an investigation entitled The Downtown Show: 1974–84 (2005). Ian graduated from Stanford University and completed his PhD in art history qualification exams at New York University’s The Institute of Fine Arts in 2006. From 2008 to 2013 he was invited to lecture on practices. of art criticism at the Yale University School of Art.