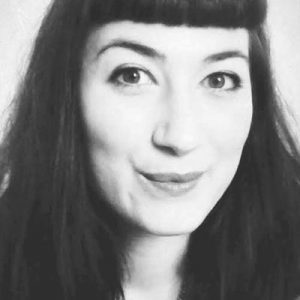 Floriana Mitchell graduated in 2014 in Painting at the Academy of Fine Arts in Bologna, at the same time as her studies in Art she attended the Popular University of MusicArTherapy in the Globality of Languages, where she graduated in 2015, she is currently carrying out the thesis research of the specialist in Visual Arts at the University of Arts in London.

Her work is based on the transformation of memory, a theme that touches on various aspects of the relationship with reality, interconnecting the horizons of her main interests turned towards the archetypal relationship between man, nature, art and society, investigated mainly through the use of painting and photography. The collection and storage of fragments, moments lived, lost but made present again through the incision of the sign, the intervention of the body and its channeled action in the realization of an imaginary on the border between the known and unknown. Hence the title of the works presented for L’Aquila: transmutation is a profound transformation, a radical change that is activated through destruction. The disintegration of a defined structure creates the possibility of developing different forms of consciousness, bringing out areas of shadow until then latent. Our action in the world determines our future, but it is often dominated by what we have experienced, until we contact the essence of possibility, that moment that gives us the opportunity to transform ourselves transforming, in continuity with the universe.

It is in the fragment that we rediscover the harmony of the whole.