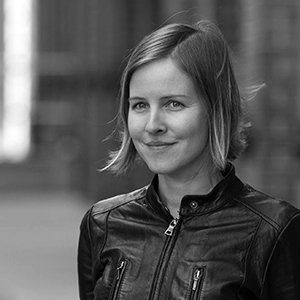 Born in Hamburg, Germany, Alexa Hoyer currently lives and works in Brooklyn, New York. She received her undergraduate degree from the Tyler School of Art and your diploma from Webster University. She has exhibited his works in her home country and abroad, at the Marjorie Barrick Museum of Art (Las Vegas), Redling Fine Art (Los Angeles), at the Glyndor Gallery | Wave Hill (New York City), Inside-Out Arts Museum (Beijing), where she completed a residency in 2014.

She made a video installation at the Eastern State Penitentiary in Philadelphia. Her photographs have been published by international newspapers, such as Harpers Magazine, Wall Street International, New York Magazine, Interview, Der Spiegel, Taz, Der Freitag. She was one of the finalists of the 2016 Photo Urbanism Fellowship thanks to the collaboration with the Design Trust For Public Space in New York City.

She is currently working on a multi-handed project with the Sage and Coombe company, documenting the industrial wrecks and billboards abandoned in the five neighborhoods of New York. Her “Storefronts” series is made in Havana, Cuba: a look into the dreams and in the cultural unconscious of a country on the verge of a great cultural and economic change. Romero Salazar, a shop window designer and employee of the Cuban advertising office, told her during his report: “It is as if you were invisible. But there are really beautiful and wonderful things that are invisible and that remain invisible”.

It is as if you are invisible. But there are really beautiful and wonderful things that are invisible and that remain invisible