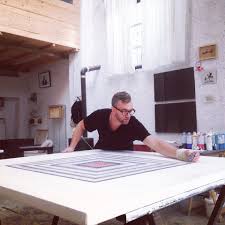 Gregory Hayes is an artist based in Brooklyn, New York. He is an alumnus of the Rocky Mountain College of Art + Design, where he received his BFA in Painting and was named Most Distinguished Artist. He received his MFA in Painting from the City University of New York, Brooklyn College where he studied with Vito Acconci. Hayes was selected by a curatorial panel consisting of Vik Muniz, Amani Olu and Eugenie Tsai to receive ArtBridge’s “Works in Progress” honorarium for outstanding process and execution of his photographic series. He was also selected to be the resident artist at the Millay Colony in May 2012 and was recently featured at the Brenda Taylor Gallery in Chelsea, New York.