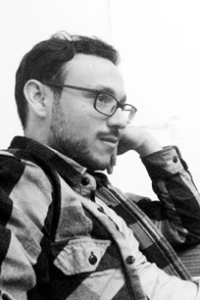 Augustus Nazzaro was born in 1984 in New York. He received both his BFA and MFA in Fine Arts from the School of Visual Arts in 2007 and 2012 respectively. He has exhibited internationally participating in the Moscow Biennial I in 2007 as well as numerous group exhibitions such as “What War?” at White Box gallery, curated by Eleanor Heartney and Larry Litt and “Tonal Range” at The Artbridge Drawing Room. His work as been featured in numerous publications, most recently in the International Drawing Annual 6 by Manifest Gallery 2012. Website: http://augustusnazzaro.com