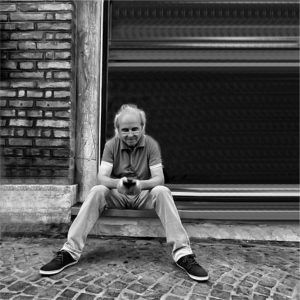 After graduating at the Institute of Art of Macerata, Pietro began frequenting the studios of artists of the late seventies avant-garde. He approached photography later in his life, and devoted himself completely to the medium after retiring. “In a Breath” – an uncanny image of a giant soap bubble – encourages us to dream of the existence of a rainbow planet in an unknown galaxy.