“Bridging the Divide’’ is a series of ongoing artist residencies at New York City Housing Authority (NYCHA) developments throughout NYC. NYCHA provides affordable housing for 400,000 lower-income New Yorkers. Through this program, artists engage with residents through a variety of workshops and create artworks that empower residential narratives. The resulting exhibition is displayed in large-scale on construction fencing that surrounds the NYCHA development.

“Intertwining Colors’’, a new public art exhibition by artists Hisham Akira Bharoocha and Maria Lupianez, on view outdoors through June 2021 at NYCHA’s Fulton and Elliott-Chelsea Houses in Manhattan. The project was supported by Facebook Open Arts, a multidisciplinary program that builds community through creativity.

“Intertwining Colors’’ is a large-scale, hand-painted mural that features portraits of members of the local community, each dancing joyously, alone yet still connected. The artwork is affixed to 55 panels across 370 linear feet of outdoor construction scaffolding. It can be viewed at multiple sites along 17th Street between 9th and 10th Avenues at the Fulton Houses, as well as at the Elliott-Chelsea Houses on 26th Street between 9th and 10th Avenues, next to the Hudson Guild’s Elliott Center.

This installation highlights the colorful intertwining of extraordinary individuals who reside at Fulton and Elliott-Chelsea Houses. Together, these residents continue to preserve Chelsea as an authentically unique neighborhood. 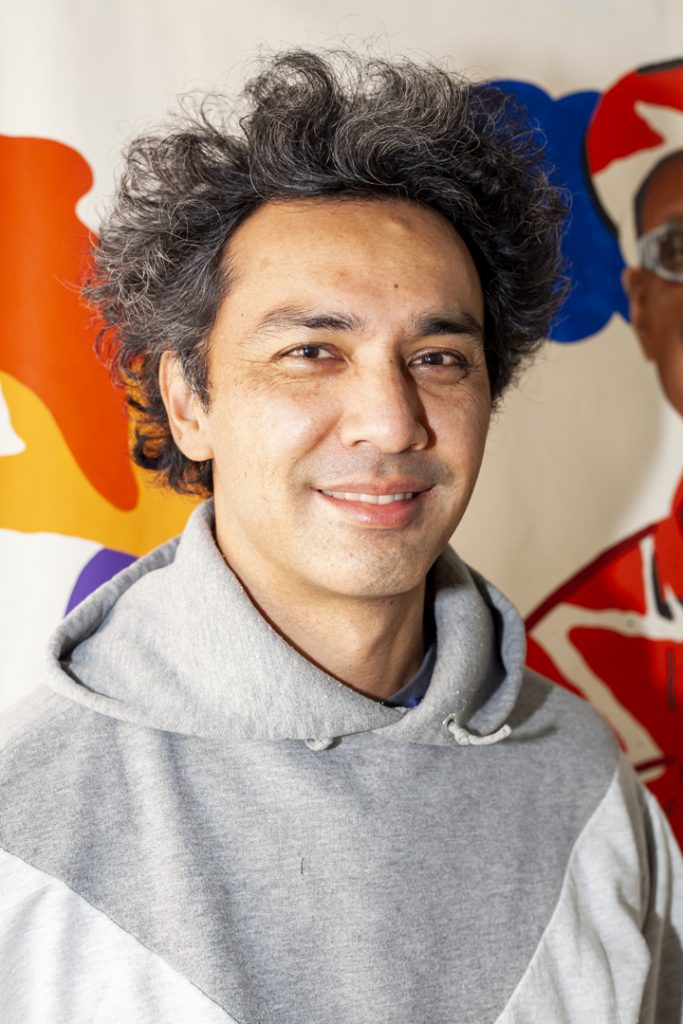 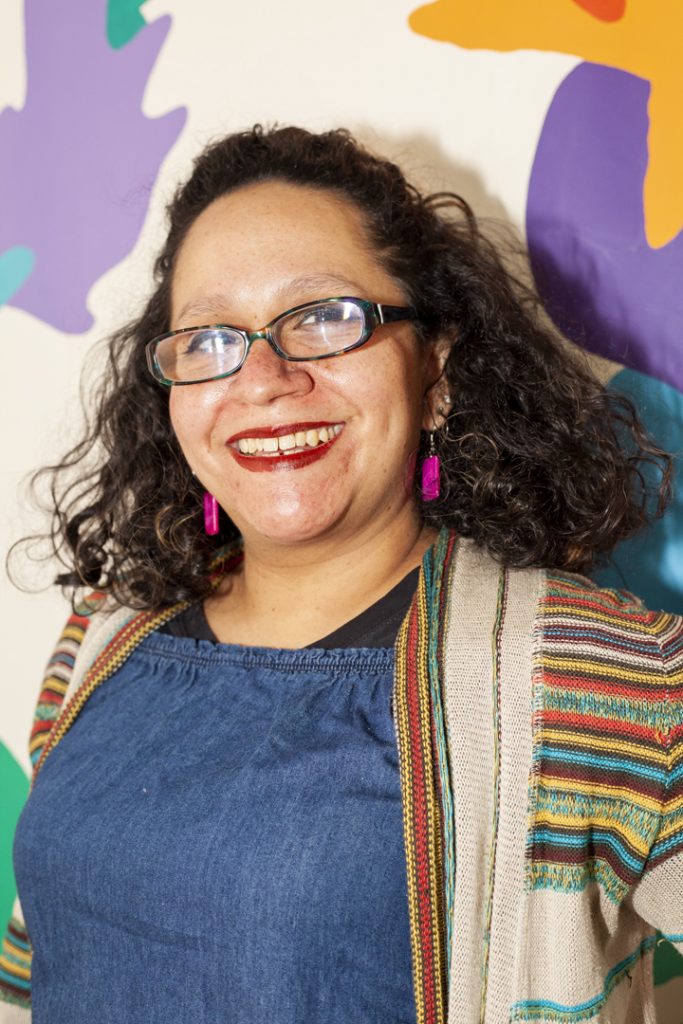 Artist Maria Lupianez, a current resident of the Elliott-Chelsea Houses, was selected for this project in response to her submission to an open call released by ArtBridge in June. A panel of local community members and ArtBridge were drawn to her realistic captures of people in everyday moments. In this exhibition, Maria’s work portrays 60 residents living at the Elliott-Chelsea and Fulton Houses, capturing their personalities and positive energy. She received interest and permission from these residents during socially-distanced community engagement events at each of the NYCHA campuses.

Hisham Akira Bharoocha, a former Facebook Open Arts artist in residence, is known for his use of color and attention to detail, and his contributions to community-oriented public artworks. Hisham’s work considers each subject’s personality based on survey responses they filled out and projects their qualities in the shapes and colors surrounding them, like intricate and colorful environments formed by aura-like intertwining of shapes.

Maria and Hisham will lead a series of virtual art-making workshops at the Hudson Guild in mid-January for children in the neighborhood, ages 6-18. The resulting student artworks will be displayed in the windows of the Hudson Guild and the Fulton Community Center.

An Interview With Hisham & Maria

Facebook Open Arts builds community through creativity. As a company dedicated to bringing people closer together, Facebook recognizes that creativity is essential to our collective wellbeing. Within our walls and around the globe, Facebook Open Arts cultivates creative engagements that offer new ways of thinking about ourselves, our communities, and the world at large.

Learn more at fb.com/facebookopenarts and find us on Instagram at @FacebookOpenArts.

“Intertwining Colors’’ is also locally supported by the Hudson Guild, and made possible by the City Canvas Pilot Program, an initiative of the New York City Department of Cultural Affairs. It is produced by ArtBridge and part of their Bridging the Divide program, an artist fellowship program in partnership with New York City Housing Authority. It will be on view until June 2021.