IT MAKES YOU WANT TO LOOK UP, The Guardian 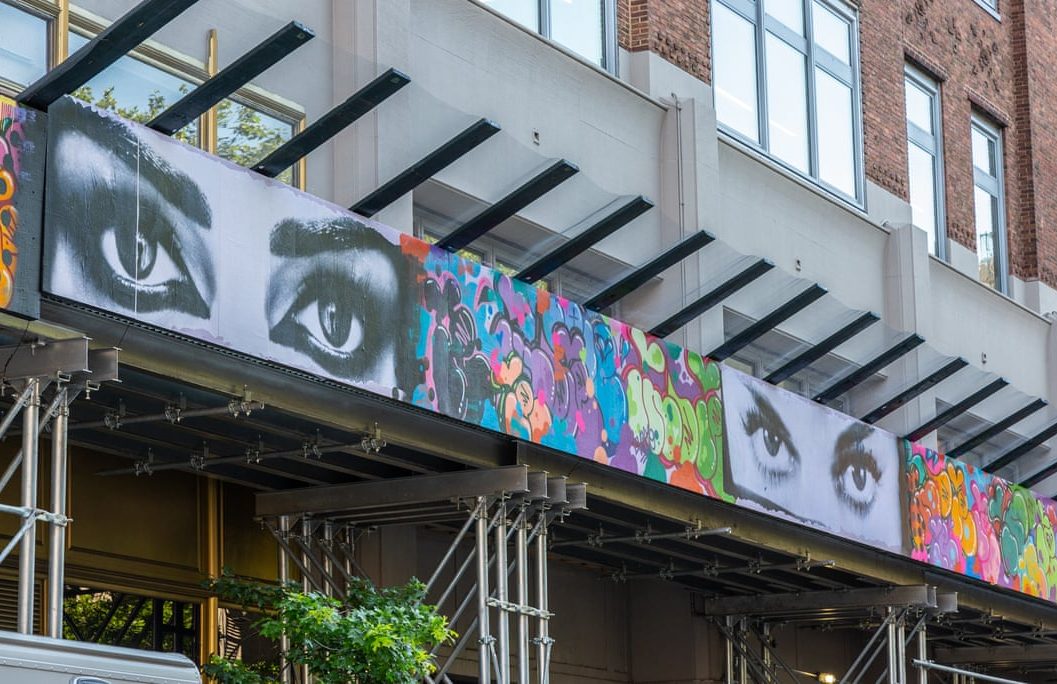 08 Oct IT MAKES YOU WANT TO LOOK UP, The Guardian

“It makes people look up”: the street artists taking over scaffolding.

Construction work in New York City is practically a proverb – there’s always loud drilling and banging on a set of scaffolding somewhere.

But while New Yorkers might see the green-painted plywood construction slabs practically everywhere – the city has over 300 miles of street-level construction – one initiative is hoping to beautify the blahs and paint them red, yellow, blue and green with the help of some local artists, for a new project called City Canvas.

Strangely, it isn’t on canvas, but wood. This first project that kickstarts the series features murals from seven New York women and non-binary artists outside of the Google office in Chelsea, where they have painted on murals that stretch across 8th to 9th Avenue on West 16thStreet.

It’s powered by ArtBridge, a public art non-profit, who have teamed up with the NYC department of cultural affairs, the mayor’s office and Google to bring what ArtBridge’s director, Stephen Pierson, says, is an initiative “to promote early and mid-career artists, but especially those whose backgrounds and narratives have traditionally been disempowered or marginalized”.

View the full article: The Guardian